An Honor to have had Jenny Bowen joined our July 2019 Qi training in St. Paul, Minnesota, USA. 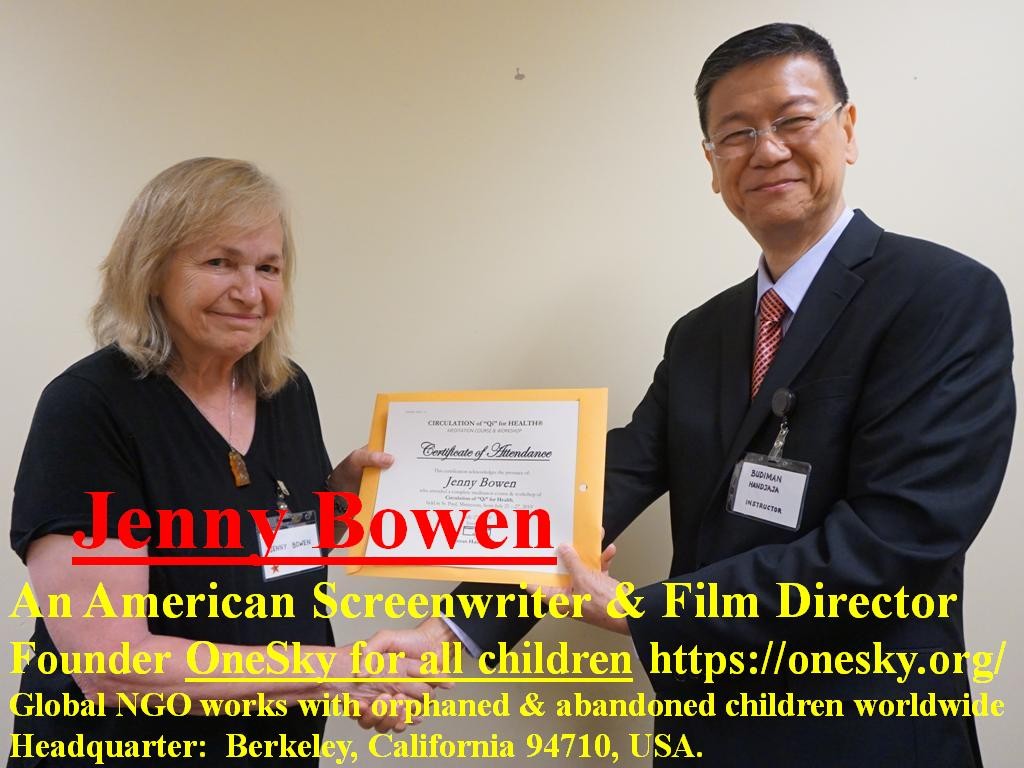 Jenny Bowen is an American screenwriter and director known for her work on films like Street Music and In Quiet Night. She’s married to cinematographer Richard Bowen. Jenny originally intended to be an actress, performing in plays while attending San Francisco State University. She’d later begin directing stage plays before becoming interested in sound design. She formulated the idea for her debut feature, Street Music, during a production lull on Francis Ford Coppola’s Apocalypse Now, where she was working as a recording engineer. After the success of Street Music, she went on to direct three more films.

In 1998, Jenny Bowen retired from film making and founded OneSky for all children, a global NGO that works with orphaned and abandoned children worldwide. She has also published a book, Wish You Happy Forever, based on her work with OneSky.

Jenny Bowen has been honored with the American Chamber of Commerce’s Women of Influence Entrepreneur of the Year Award, Nonprofit Leader of the Year, and the Purpose Prize for Inter-generational Innovation. She serves on China’s National Committee for Orphans and Disabled Children and on the Expert Consultative Committee for Beijing Normal University’s Philanthropy Research Institute.

In 2008, she was chosen by popular vote to carry the Olympic Torch on Chinese soil ahead of the 2008 Summer Olympics in Beijing.